The Treatments (Part One): Radiation Therapy

Hello everyone and welcome back to RadTec Medical Devices. Today, we wanted to discuss the first (of three) main treatment options that are available to cancer patients. Keep in mind that while these three treatments are the most common, there are even more alternative methods being used today and others still being discovered. Over the course of the next couple weeks, we will be providing general yet informative information that’ll help you understand what you or a loved one will experience while undergoing treatment. We will cover chemotherapy and surgical therapy in a future blog post; but for today, let’s start with radiation therapy.

In simple terms, radiation therapy (RT, RTx and XRT for short) uses ionizing radiation that is delivered directly to the specified area where the cancer and tumors resides. What the radiation does is control/kill the growth rate of active cancer cells. RT can be used as the main form of therapy but it’s also used after a surgical removal in order to prevent the continuous growth of cancer. The main two forms of RT is External Beam Radiation (EBT) and Internal Radiation (Brachytherapy).

The more common of the two is EBT, a method done by sending high-energy beams into the patient’s tumor from the outside. The beam is aimed to destroy the cancer cell while keeping healthy normal tissue unharmed. The duration of a session varies from person to person but it does ultimately have patients laying still for several minutes while being treated by the radiation. It requires patients to lay perfectly still while being treated. Thankfully, there are plenty of tools that can help such as masks, headrests and even inner stents for keeping teeth and tongues in certain positions.

While external beam therapy seems to be more common practice in the industry, there is a different radiation therapy method called internal radiation therapy, also named brachytherapy. This method is done by inserting a radiation “source” directly inside the body, normally being placed on or near the area that is being treated. This source has many different forms: pellet, seeds, needles, wires, and so on. Catheters are inserted in the specified area and the radiation source is fed through the tube. The source is held in position for generally 5-15 minutes and then removed, leaving no source inside the body. While this method seems to be favored in the community do to its more accurate placement, it seems to only be used for treating smaller areas

Remember that radiation therapy can be used while receiving alternative forms of treatment. As mentioned before, RT can be used as a final step to finish off an area after surgical therapy or can even be mixed in during stages of chemotherapy. Want to help decide which form of therapy we will talk about next? Please leave a comment! If you would like to learn more or had any questions regarding radiation therapy, feel free to use the links below for more information. Thank you for reading and we will see you next time!

The US Oncology Network,

“What to Expect When Having Radiation Therapy.” Cancer.Net, 2 June 2017, 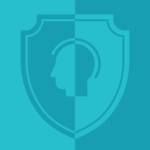 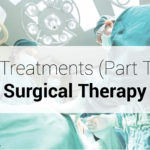 No posts were found.

No upcoming events for today